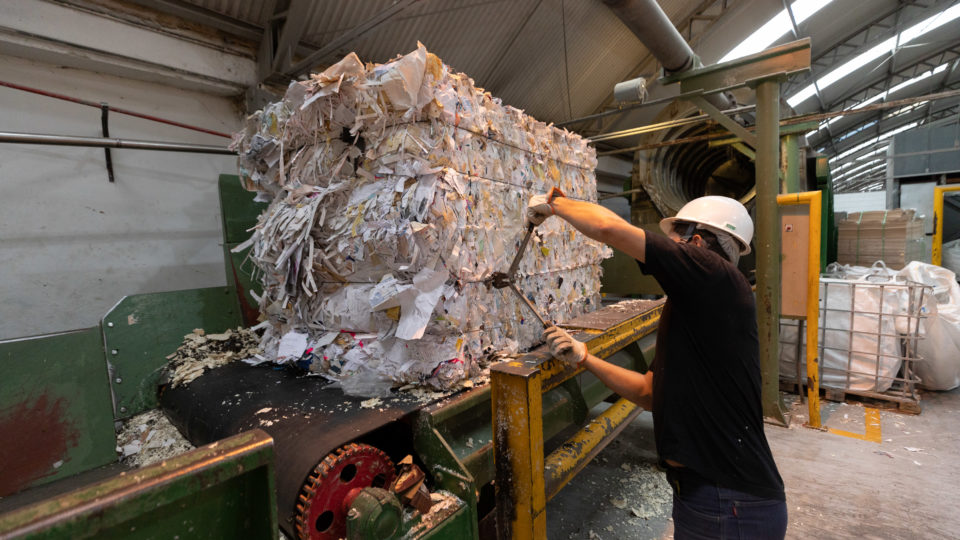 Paraná have good examples of how the circular economy can work The circular economy is no longer just a concept and is becoming a reality in Paraná. The term refers to a model of economic development that is based on the best use of natural resources, with less dependence on virgin raw materials, prioritizing recycla

This way of producing meets the companies' ESG commitments. The acronym comes from the English “Environmental, Social and Governance”. It refers to production processes that are not based only on profit, but on sustainability in its broadest meaning.

The industries in the paper and packaging sector have been setting an example. One of them is Ibema, from Paraná, which has a factory in Turvo (central-south of Paraná) and Embu das Artes (metropolitan region of São Paulo).

Launched in 2019, Ibema Ritagli is the first post-consumer triplex paperboard in the Brazilian market. The product has 50% recycled fibers in its composition, with 30% coming from post-consumption. It is aimed at the cosmetics, pharmaceutical and food industries (in this case for packages that do not have direct contact with food).

“We have invested in partnerships with cooperatives and startups to ensure that the packaging returns to the factory after consumption and can be reused in our production process”, says Diego Gracia, Strategy and Marketing manager at Ibema.

According to him, Ibema decision comes to contribute to industries that are making a commitment to have, by 2030, 80% of their packaging from recycled materials. "This, in addition to the commitment of the companies, is also due to the behavior of the consumer, who is increasingly conscious in their consumption decisions and has been demanding this attitude from brands".

Gracia says that the intention is to be part of the solution to the garbage problem. “We can treat used fiber and turn it into new paper. It has fiber that can be recycled up to 21 times,” he notes. In 2021, the industry reached the mark of 3 thousand tons of recycled post-consumer material and the expectation is to close 2022 with 4.5 thousand reused tons. Material that would be going to waste if it wasn't for this initiative.

Recycling can save money

In addition to environmental gains and the positive impact on the brand's image before its audience, recycling can also represent savings for the company, with direct gains, linked to the tax area.

“Companies that work with waste, such as plastic, paper, glass, iron or steel, copper, aluminum, nickel, lead, zinc or foreign scraps can be credited with PIS and COFINS when purchasing these wastes for their industrial process. The savings can be from 9% to 9.5%”, explains tax lawyer Regiane Esturilio.

In addition, according to her, for companies that are also taxpayers of the IPI (Tax on Industrialized Products), depending on the waste, there may also be a direct gain with IPI credits corresponding to the output rate of their finished products.